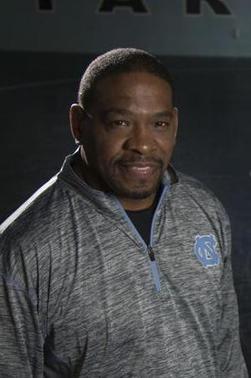 ​My name is Kenny Dale Monday, I was born November 25, 1961 in Tulsa, Oklahoma I began wrestling at the age of six in a YMCA after-school program and attended Booker T. Washington high school, where I won four state titles and the 1977 Junior National championship. I was very fortunate and extremely dedicated to the sport that I love and because of it I enjoyed a great deal of success in my wrestling career. I attended Oklahoma State University after high school and as a 3x All-American I won the NCAA title in 1984 at 150 pounds. After my collegiate career I followed my Dreams to become the best in the world, I became a three-time Olympian and two-time Olympic medalist, earning gold in 1988 in Seoul, South Korea, and silver in 1992 in Barcelona, Spain. I won the World championships in 1989 and finished with World silver in 1991. In 1988, I was Champion at the Tbilisi Tournament, which was considered the toughest in the word at the time. I am now member of the National Wrestling Hall of Fame. When I am not on the mat coaching and mentoring other Olympic hopefuls I enjoy spending time with my wife and three kids, playing golf and fishing. My favorite past time is traveling the world and getting to experience other cultures. I’ve found that no matter the culture be it Cuban, Russian or Turkish good food, compassion and genuine respect for others, and their pursuit of happiness, translates and is understood regardless of any language barrier.
​