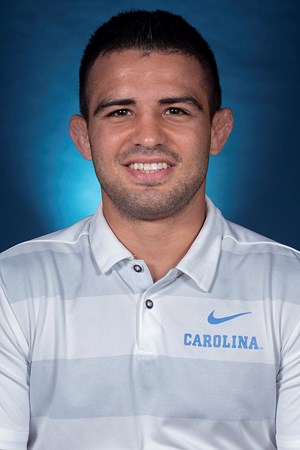 ​My name is Anthony Joseph Ramos “Tony” and I was born February 12, 1991 in Chicago, Illinois to Alfonzo and Debra Ramos. I started wrestling when I was 3 years old so I could wrestle on the same team as my brothers, Frankie and Vince, for one year. In 8th grade I joined the prestigious Martinez Elite wrestling club, which is where I met one of my favorite coaches Izzy Martinez and because of his instruction and encouragement my love and dedication for wrestling was able to flourish. As a teen I lived in Carol Stream IL where I attended Glenbard North high school. I was a three-time Illinois state champion, winning titles at 112 and 125 pounds while setting school records for most takedowns in a career and season, and best season record. In 2009 I placed 5th at Junior World Championships.

After completing my high school career, I attended the University of Iowa, competing at 133 pounds and becoming a three time All-American, capping off my collegiate career with a national title in 2014.

I decided to continue my wrestling career after college with goals of becoming an Olympic and world champion. My first competition out of college in 2014 was the US World Team Trials were I was the 4th seed but because of hard work, dedication and family support I came out of that tournament a champion and represented the United States of America at 57kg in the 2014 World Championships in Tashkent, Uzbekistan.  I followed up the 2014 season by making it back to the World Championships in Las Vegas in 2015.  Following the 2019 WTT Challenge Tournament I decided to leave my shoes on the mat to officially announce my retirement and focus full time on coaching.

On July 19, 2014 I married the love of my life Megan (Eskew) Ramos, whom I met while in college. On April 25th, 2015 we welcomed our first son Anthony Joseph (AJ) Ramos Jr. into the world and we were blessed to welcome our second son Lincoln Vincent Ramos to the family on January 23rd, 2017.  We finally got our girl, Calla Jo Ramos, on the third try August 30th, 2018. I am currently coaching at University of North Carolina as an Associate Head Coach.
​
Wrestling is the greatest sport in the world and has taught me a lot of excellent life lessons; by having an opportunity to coach, teach and mentor those lessons here at UNC brings me a level of joy and excitement that I hope to pass on and inspire to those that dream of accomplishing greatness.